As everyone knows, there are 2 types of Free Kicks in soccer. Indirect and Direct. Here we are discussing the Indirect Free Kick(IFK). The IFK when indicated by the referee tells everyone that the ball must be played and touched by another player before it can be considered in play, unless the ball leaves the field of play.

But how do players, spectators and coaches know when there is an IFK. The concept is simple, it is by the actions of the referee. As seen below, the referee has their arm extended straight in the air, communicating to everyone that the kick is Indirect. 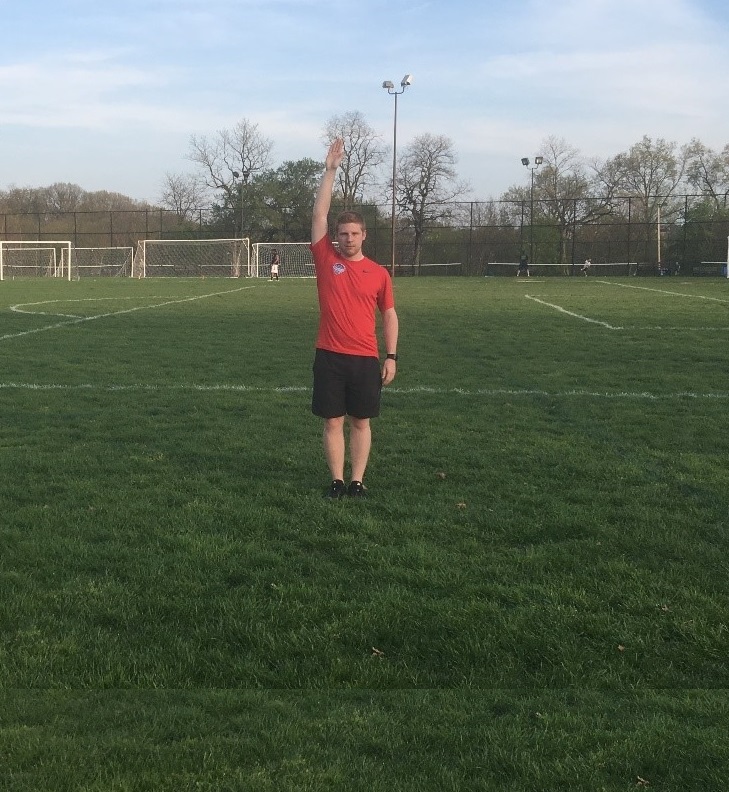